Hey, this photo is under © copyright Mark Citret 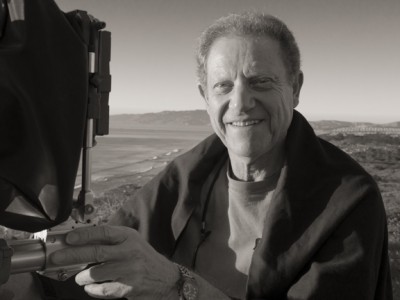 Mark Citret on the Cliff

Mark Citret was born in 1949 in Buffalo, New York, and grew up in San Francisco. He began photographing seriously in 1968, and received both his BA and MA in Art from San Francisco State University.

Most of Citret’s work is not specific to any locale or subject matter. Still, he has worked on many photographic projects over the course of his career, and continues to do so. From 1973 to 1975 he lived in and photographed Halcott Center, a farming valley in New York’s Catskill Mountains. In the mid to late 1980s he produced a large body of work with the working title of “Unnatural Wonders”, which is his personal survey of architecture in the national parks. He spent four years, 1990 to 1993, photographing a massive construction site in the southwest corner of San Francisco. This work is scheduled to be published as a book entitled “Parallel Landscapes” in late Spring, 2016. Since he moved to his current home in 1986, he has been photographing the ever changing play of ocean and sky from the cliff behind his house. Currently he is in the midst of a multi-year commission from the University of California San Francisco, photographing the construction of their 43 acre Mission Bay life-sciences campus.

He lives in Daly City, California.